Neil comes from a background of almost thirty years of social work practice with children and their families as a social worker, a manager, and as an inter-agency trainer. After starting his career with a short period as a residential social worker Neil moved to fieldwork in 1977, and he gained his Certificate of Qualification in Social Work in 1982. He has since gained qualifications in management, a Masters Degree in Social Work Studies, and the GSCC Advanced Award in Social Work.

From 2007 to 2011 Neil enjoyed a post as a senior lecturer at Teesside University, where he taught on both the undergraduate and post-qualifying social work programmes and was Programme Leader for the university’s post-qualifying programme for social workers working with children, young people, their families and carers. He also led the university’s Achieving Best Evidence programme, training social workers and police officers in investigative interviewing with children.

Neil is currently an independent trainer and consultant, and he continues to focus on safeguarding children. His principal research and writing interests are around the field of child neglect, although he also has an interest in inter-professional safeguarding education, and in 2007-9 Neil was an active member of the Project Advisory Group for a large-scale piece of research funded by the DoH/DCSF on the effectiveness of inter-agency safeguarding training. 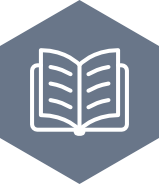 How neglect can affect children of different ages, the potential association between neglect and sexual abuse and harm, and assessing the risk and protective factors for reunification with parents, when neglected children have been taken into care.
‹
© MA Education 2020. St Jude's Church, Dulwich Road, Herne Hill, London SE24 0PB, a company registered in England and Wales no. 04002826. MA Education is part of the Mark Allen Group. All Rights Reserved.